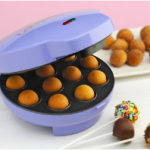 I love my new Babycakes Cake Pop Maker that my mother-in-law gave me for Christmas!  My girls love it too!  In fact, last night my three-year-old asked if we could make “pops” again.  Last Friday night we tried it for the first time.  I was a little concerned because the recipes are all from scratch.  I was hoping that I could grab the Betty Crocker cake mix from the cabinet, add water, and be on my way.  However, it is very important that you follow the recipe provided.  The amount of Baking Powder is significantly different than a normal cake recipe.

Friday was a cold night and the recipe that sounded good was “Apple Cider Donut Holes”.  Here’s the recipe:

One thing I enjoy in life is spending time in the kitchen with my girls (provided that it is not suppertime and that the baby is happy).  This project was perfect.  I quickly made the cake balls.  The Babycakes Pop Maker can make 12 balls at a time.  The dough was very thick, but the finished product was perfect!  We chose to make the Apple Cider Cake Pops…yum!  Because they are small, it takes very little time for them to cool.  The girls were able to roll them in egg whites (you can also use melted butter) and cover them with cinnamon and sugar.  Delicious!!  Of course, my girls had to add the traditional cake pop stick.  This was a fun and easy project and I was able to include my seven-year-old and my three-year-old. 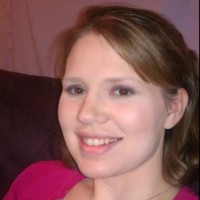 I am a wife, mommy of 4 kiddos (3 girls, 1 boy), student, Children's Church teacher, and my hubby's business partner for www.foxtaillights.com and www.initsseason.com. I am busy, but I am very happy!! One of my favorite things to do is bake, craft, sing, and play with my children. I love to watch my children learn something new for the first time! My posts will mostly involve time spent with my children teaching them something new (or them teaching me). Enjoy!

Welcome to day 15 of the challenge!  If you’ve missed any of the challenge so far, that’s ok – you can catch up anytime.  You can access the master list of all the challenges in this post here. If you aren’t already signed … END_OF_DOCUMENT_TOKEN_TO_BE_REPLACED

With moving season upon us, odds are that you are going to be invited to a lot of housewarming parties over the next few months. Picking out a housewarming gift can be really tough. Especially if the couple or family moving … END_OF_DOCUMENT_TOKEN_TO_BE_REPLACED 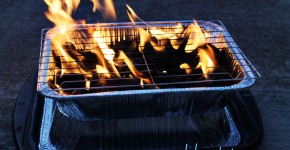