You are here: Home / Cook / Baking / The Cult of the Cookie

It’s an annual feeding frenzy that sweeps through the nation every year: girl scout cookies! More than 2 billion boxes of these crunchy confections changed hands last year. Although they are generally regarded as a high-calorie guilty pleasure, people just can’t seem to resist them. Samoas tip the scale at a whopping 39 billion calories sold per year. Not only are the cookies popular because of their ability to tantalize the tastebuds, they are also popular because of their exclusivity. Girl Scout cookies are only sold by two licensed baking companies.

The cookies are also hard to resist because they are often being distributed via adorable little salesladies. It’s hard to tell an adorable kid no when the money is going to her Scout troop and you get cookies in return! Apparently many grownups agree; a record 3 million Girl Scouts last year sold more than 700 million dollars in Girl Scout cookies last year.

« Housewarming Around the World
The Kitchen Remodeling Process » 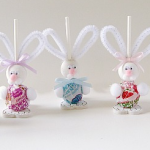 These are absolutely adorable!  If you are needing a cute craft for a classroom party, or want to make something cute for Easter to put on your table or put in your Easter baskets, these are sure to be a HUGE hit! View … END_OF_DOCUMENT_TOKEN_TO_BE_REPLACED 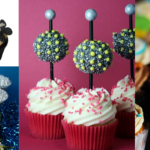 If you are short on time, or just don't want to make a huge New Year's Cake, then perhaps these gorgeous New year's Cupcakes will inspire you to bake something festive for your friend and family this New Year's Eve.  I know I … END_OF_DOCUMENT_TOKEN_TO_BE_REPLACED 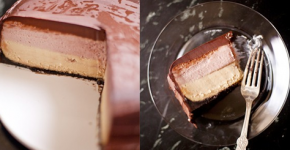 Decadent and delicious!  This fairly easy pb&j cheesecake recipe will be a treasured recipe once … END_OF_DOCUMENT_TOKEN_TO_BE_REPLACED