You are here: Home / Cook / Candy / The 10 Weirdest Chocolate-Coated Foods

Chocolate may be so delicious that you want to smother it onto everything you eat, but these 10 “treats” may make you think twice before digging in.

Whether or not this is some kind of in-joke for Philadelphians is a mystery to us, but several candy shops there offer chocolate-coated onions. Cooked onion in chocolate may at least be palatable, but an entire raw onion, dipped in chocolate? I don’t think so!

The idea of a chocolate-coated pickle may seem like a joke about pregnancy cravings – but these snacks have become so popular that Heinz has started selling them.

Chocolate peppers aren’t coated in chocolate, but are engineered and grown to have a genuinely chocolaty taste. It seems a tad weird to have a salad ingredient taste like chocolate, and it makes one wonder how far the genetic modification of food might be taken.

The quintessentially American treat comes to you now with an upgrade – a chocolate coating! This bizarre food can be found at carnivals around the United States, together with other bizarre snacks like deep-fried bubble-gum and fried watermelon.

That’s right – people eat scorpions, the sting-tailed, vicious-clawed arachnid of your nightmares, coated in chocolate. Why you’d want to eat a scorpion in the first place isn’t clear. Perhaps the chocolate is just to make it easier to swallow.

Gilroy, California is famous for one thing – garlic. Each year, it hosts the Gilroy Garlic Festival, where visitors are presented with a variety of garlic-infused treats. One of the most popular is garlic dipped in chocolate. This may sound unusual, but it may be more palatable than garlic ice cream, which is another offering at the fair. Sweets that leave you with bad breath aren’t likely to appeal to everyone.

Although the two flavours may seem odd together, the pairing of hot chilli and chocolate is pretty popular. If you already have an aversion to chilli and spicy food, this won’t appeal. If you prefer your chocolate sweet as opposed to spicy, you probably also won’t like this. That leaves a rather small target market.

Traditionally, roses and chocolate go together. So it’s no surprise that someone has tried to combine the two into one gift. A rose-shaped chocolate may be welcomed, but the thought of coating an actual rose in chocolate and presenting it to a loved one is a little less so. Biting into the bulb of a rose can’t taste very good, although the petals may be more palatable on their own.

Chocolate sauce on beef is relatively old-hat now, with many restaurateurs having caught on to the popularity of this trendy pairing. Squid and chocolate is less common, although it now appears on some restaurants’ menus in the world’s culinary capitals. This combination may not appeal to the less adventurous palate.

This is another pairing that baffles us. The delicate taste of seaweed must be lost in the sweetness of a chocolate coating. It’s a popular snack in China and Thailand though, so it can’t be all bad!

This post was written by Jeff, a confessed chocaholic and frequent writer for www.chocolatetime.co.za – a South African chocolate factory. 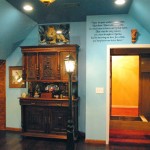 My aunt has absolutely fallen in love with The Chronicles of Narnia. In fact, she adores the series so much that she decided to transform her empty attic into a Narnia-themed wonderland for her grandchildren. C.S. Lewis’s … END_OF_DOCUMENT_TOKEN_TO_BE_REPLACED 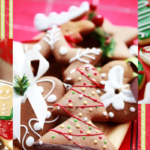 There's no better way to kick-off your holiday festivities than with a Cookie Exchange or Cookie Swap and that is why December 4th through December 10th has been designated Cookie Exchange Week. Holidays are prime time for … END_OF_DOCUMENT_TOKEN_TO_BE_REPLACED 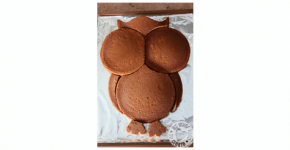 If you thought you could never make an owl cake, well you would have been wrong.  This great … END_OF_DOCUMENT_TOKEN_TO_BE_REPLACED