You are here: Home / Good Things / Deals To Know / Our Mini Gamers and Yo Kai Watch

This post was sponsored by Nintendo as part of an Influencer Activation for Influence Central. I received complimentary products to facilitate my review.

Carson and Courtney love video games and we are always searching for ones that we, as parents, feel teach more than just fighting bad guys.  So when the opportunity to review YoKai Watch, exclusively for the portable Nintendo 2DS and 3DS family of systems including the New Nintendo 3DSXL, came up, I decided to give it a try.  I really had NO IDEA what to expect, all I knew was how popular Yo-Kai Watch is in Japan and that this is the first time it has been made available in the US.

The day the Nintedo 3DS XL arrived with Yo-Kai Watch, you would have thought it was Christmas!  Carson couldn’t wait for me to unwrap everything and get it setup for him to start playing.  Apparently he knew all about Yo-Kai, as some of his favorite YouTube gamers have play videos.  So he was super excited to try it out himself.  Now for me, I had no idea what these Yo-kai were, as far as I could tell from the box cover, they looked super cute and adorable.  Well…. as we got things set up and game play commenced, I learned all about Yo-kai.

Yo-kai are interesting little, ummm creatures?… I guess that is the right word to describe them.  You see, they aren’t monsters, they aren’t ghosts, they aren’t animals… They are mischievous little beings that like to cause gentle havoc in our environment.  Have you ever forgotten your keys or found yourself running late? Maybe a Yo-kai is to blame.

During game play you need to find as many Yo-kai as possible and befriend them.  There are occasional battles, and not gonna lie here, we had to go to YouTube to learn how to fight and win after losing a few times.  Now, we haven’t reached a level to fight a big boss yet, for which I am glad, because yes, I am also playing now as well.

If asked if I would go purchase this game for my kids after playing it and testing and knowing how it works, I would absolutely say yes.  I love that Yo-kai Watch really goes into certain emotions and activities that we would conventionally refer to as naughty, and they get to battle to stop that behavior in the game environment.  It truly reinforces life lessons we are teaching.  No fighting with your sister, put your toys away, stay on task…. Yo-kai Watch is available now, online and wherever video games are sold at a suggested retail price of $39.99

Contest entrants are only eligible to win once per sweepstake, per household as a part of a campaign sponsored by Influence Central and must reside in the United States.  Giveaway ends 11:59pm 4/3/2016 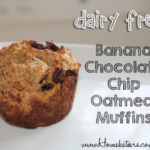 These muffins are very popular in this house! There are so many ways to alter this recipe as well, such as substituting berries instead of the banana (or just adding it in with the banana!), omitting the chocolate chips, … END_OF_DOCUMENT_TOKEN_TO_BE_REPLACED 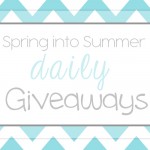 Have you seen some of these new photos books that people are creating?  I absolutely love them!  What a great way to commemorate a year, a new birth, a wedding, a vacation... so many ideas, so many possibilities.  They make … END_OF_DOCUMENT_TOKEN_TO_BE_REPLACED 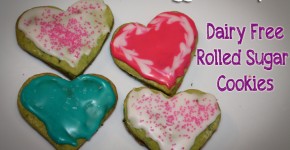 After I created a new recipe this morning for some dairy free and soy free rolled sugar cookies, I … END_OF_DOCUMENT_TOKEN_TO_BE_REPLACED