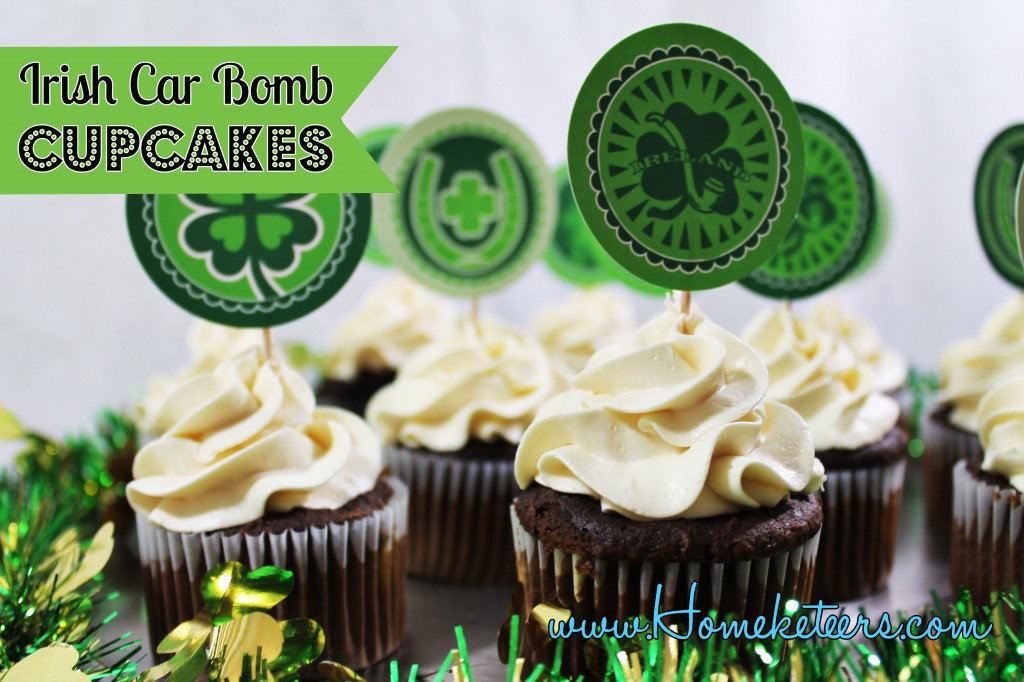 When Jess and I were coming up with ideas for articles around St Patrick’s Day, I knew I wanted to do at least one cupcake that was infused with booze.  And what says St Patrick’s Day more than Guinness Stout, Jameson Whiskey and Baileys?  Now to put them together into a cupcake, instead of a drink was the plan.  And I succeeded with these Irish Car Bomb Cupcakes.  {of note, I was also inspired to create the Irish Coffee Cupcakes as well} 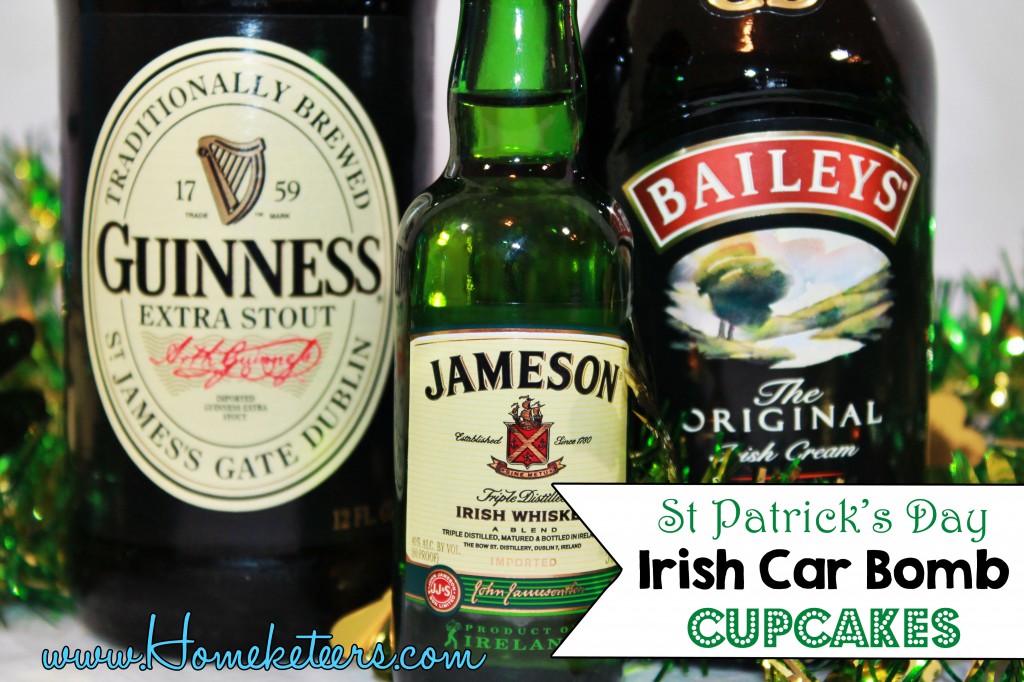 The plan, Make a chocolate Guinness Cake with a Irish Whiskey Ganache Filling and Bailey’s Buttercream Frosting.  Since I am not a beer drinker and can’t stand whiskey, I would be making these “blind”.  Typically I taste the batter and filling as I go, but I relied on Pat’s taste to let me know how things were coming along. 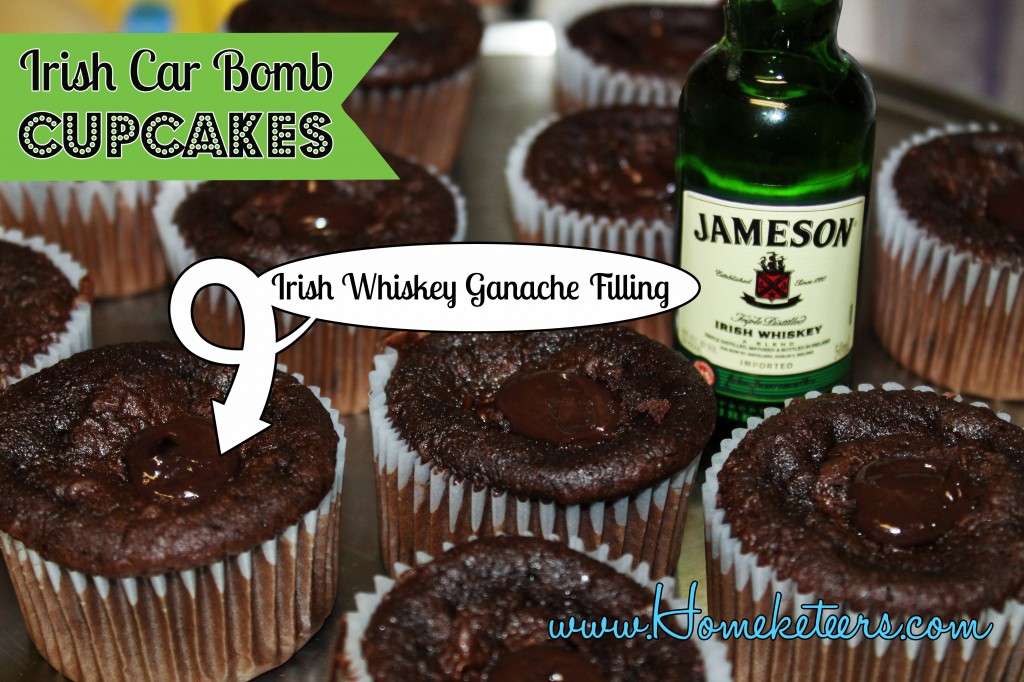 While the cupcakes were baking, I went ahead and made some quick St Patrick’s Day Cupcake Toppers to go on top of the Irish Car Bomb Cupcakes.  You can download those for free from HERE. 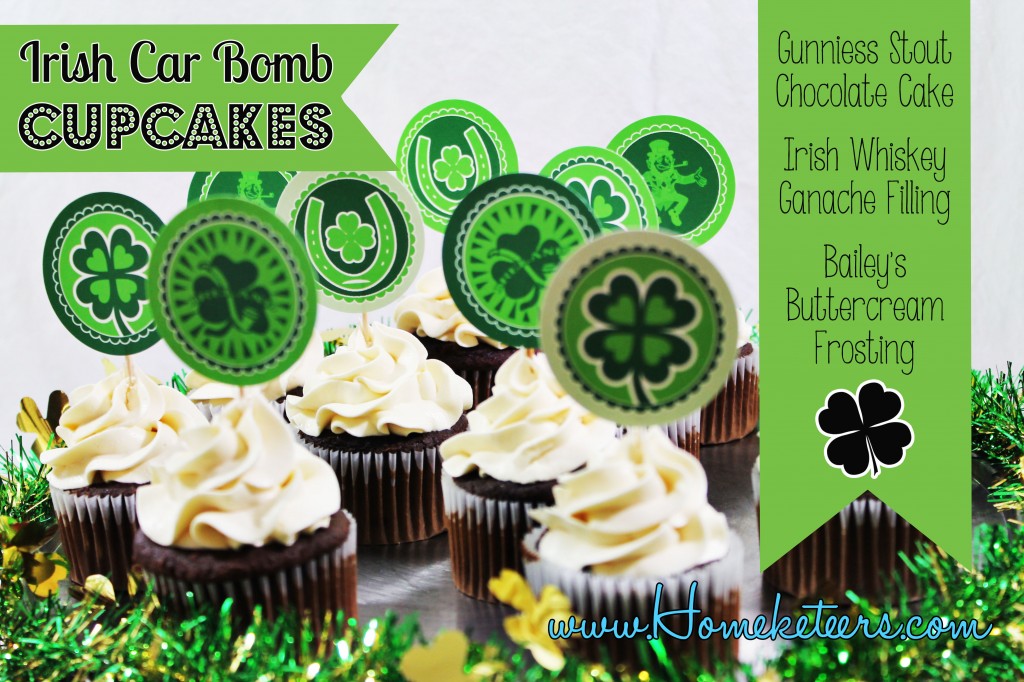 Originally I was going to make these from scratch, but with Courtney getting ill I decided to just doctor a cake box. Also, we do not keep Guinness Beer at home, so if you are like us, you can easily just head to your local grocery store that sells the “build your own six pack” and pick up one bottle. If you also don’t stock Jameson or any other Irish Whiskey, don’t fret. All you need is one little “shooter” bottle.

OK let’s get to making these delicious cupcakes! 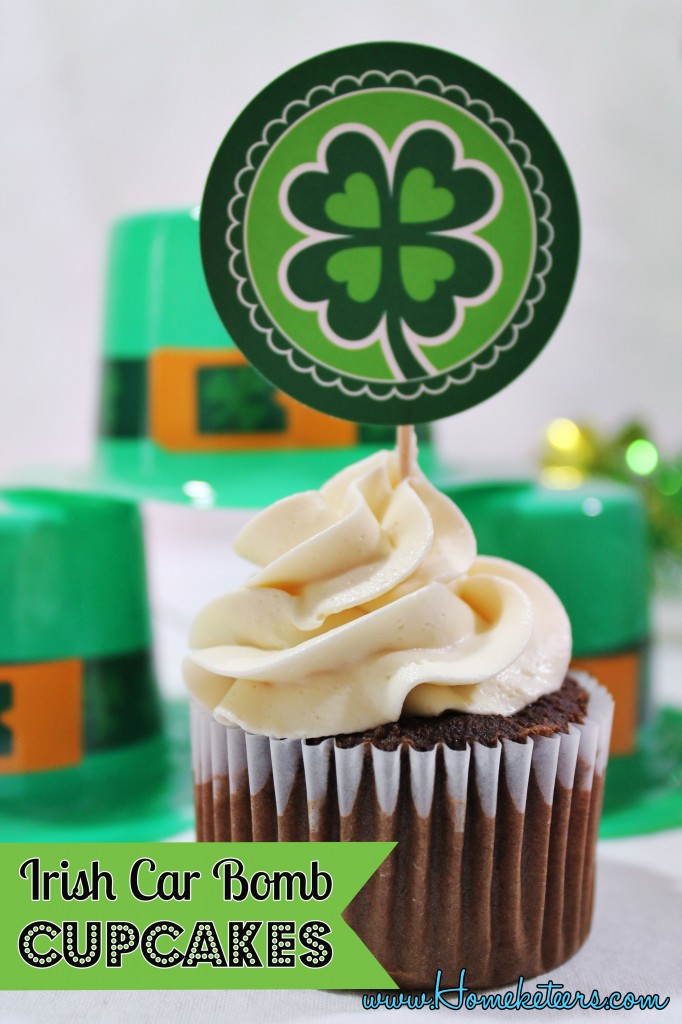 1. To Make the Cupcakes: Preheat oven to 350 degrees F. Line 24 cupcake cups with liners.  Beat together the cake mix, butter and eggs until combined.  Add the Guinness and continue to beat for 5 minutes.

2. Fill cupcake liners until 3/4 full. Bake until a toothpick inserted into the center comes out clean, about 15 minutes. Cool the cupcakes on a rack.

3. To Make the Whiskey Ganache Filling: Put chocolate chips in bowl. Heat the cream until simmering and pour it over the chocolate. Let it sit for one minute and then, using a rubber spatula, slowly mix the cream and chocolate chips together. Add the butter and whiskey and stir until combined. Let the ganache cool until thick but still soft enough to be piped.  Using the end of a decorator tip, “punch” out the center of each cupcake and fill with ganache. 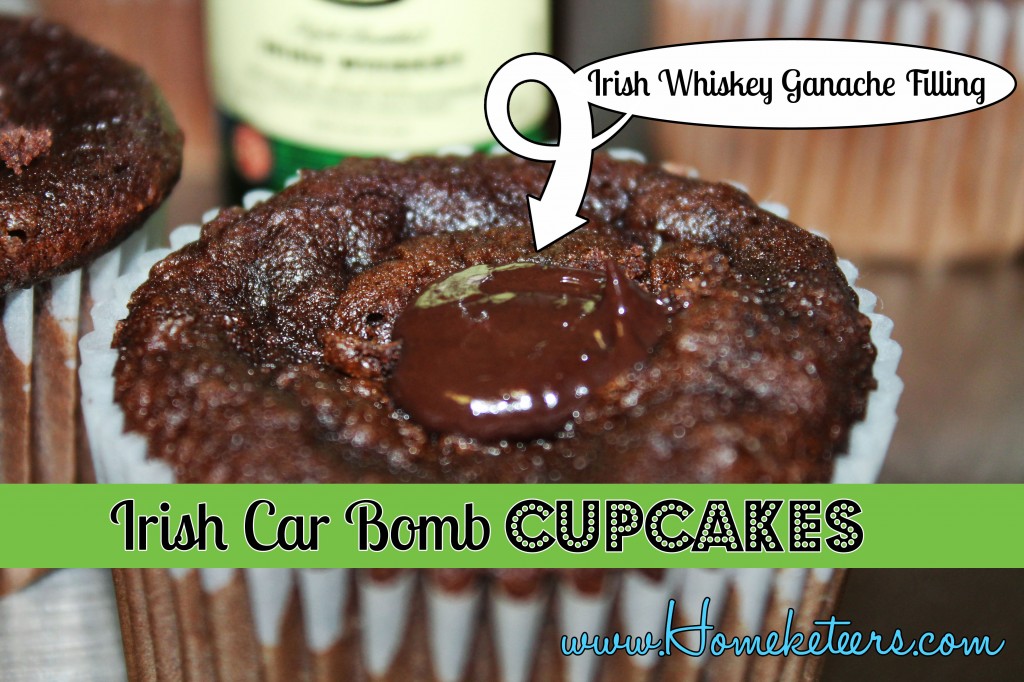 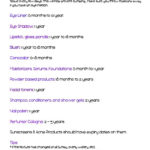 It's Day 3 already! If you've missed the first couple days, no worries. You can access the master list of all the challenges in this post here. If you aren’t already signed up for this challenge, you can do so here: … END_OF_DOCUMENT_TOKEN_TO_BE_REPLACED 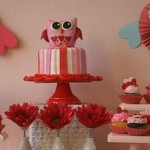 How cute is this Valentine's themed party? I especially love the little owl cake! This would be a great idea for a party for all ages, and included in the tutorial is how to make heart shaped treat pops! View the … END_OF_DOCUMENT_TOKEN_TO_BE_REPLACED

Who doesn’t love Dr. Seuss? Make your child’s birthday a memorable one when you add some Seuss … END_OF_DOCUMENT_TOKEN_TO_BE_REPLACED