I had the awesome opportunity to review a new game, INVICTA Challenge, it teaches history, leadership and heroes in an incredibly engaging way! INVICTA wants to teach kids about the great heroes and motivate them to be a hero in their own way. They are taking inspiring stories from history and turning them into games that kids will beg to play.

The INVICTA Challenge combines a graphic novel, video game, and collectible package to teach about these great heroes. The video game is actually a strategy game that they complete by reading the graphic novel and using the Top Secret mission clues provided in the challenge kit.

The aim is to have a mobile app, but there has been some trouble getting it up and running, so for now they have made it available to play online for free! (But it should be available within a week or two!)

The first challenge they have developed is called Flash & Thunder and is the true story of a Native American Paratrooper’s leadership on D-Day.  On June 6, 1944, Turner Brashears Turnbull led his platoon of paratroopers in a defense of Neuville-au-Plain, a small village on the north flank of the Allied invasion zone.  He and his men held off at least ten times their number of Germans during a critical period of the D-Day landings, preventing them from reinforcing the Nazi defenders of Utah Beach. Their actions saved countless American lives.

The INVICTA Challenge set came with the novel, an action figure, a set of mission clues, and a map of the operation. To play the challenge, you begin by reading the graphic novel which tells the story of the D-Day mission. It is interesting and engaging and a perfect way to teach US History in your Homeschool, or as a War strategy game for those kids who love a good War game.

The founder of the INVICTA Challenge is Jim Murphy, a former Marine Corps infantry officer with extensive experience in the toy and video game industries. After serving in Iraq, Murphy earned an MBA from the University of Southern California. His civilian career path led him to leadership roles at Mattel, Activision-Blizzard and Spin Master. He started INVICTA Challenge with his wife, Laura, a former schoolteacher and non-profit executive. Together, their passion combines reading, leadership and history, and as a result, INVICTA Challenge is an entertainment brand with a mission – to tell stories that motivate kids to reach their greatest potential and gain respect for American leaders. For more information, visit invictachallenge.com.

They sell the INVICTA Challenge at Barnes & Noble and Amazon for $34.99. It is recommended for ages 8+.  It was just featured on Fox News! 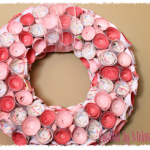 This easy Rosette Paper Wreath is such a cute project that would be perfect for decorating your home, or for decorating a baby shower, wedding, bridal shower.  So many things really, I think it is so perfectly pretty! View … END_OF_DOCUMENT_TOKEN_TO_BE_REPLACED 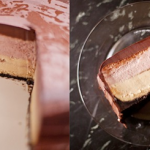 Decadent and delicious!  This fairly easy pb&j cheesecake recipe will be a treasured recipe once you taste it.  It is so creamy and delicious.  Enjoy! Peanut Butter & Jelly Cheesecake - Yummy! Recipe Type: … END_OF_DOCUMENT_TOKEN_TO_BE_REPLACED 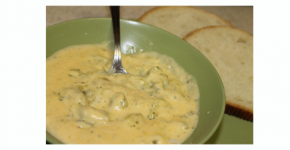